I heard on the radio that, despite ministers encouraging people in England back to work in their offices, most are staying at home. Commuter trains are about one-third full and buses are about 40% full. During the COVID-19 pandemic, demand for public transport fell off a cliff as governments told their people to stay at home. A major part of encouraging travellers to use public transport is the provision of systems that allow social distancing of passengers from staff, ideally eliminating the need to exchange physical tickets, cash and paper receipts.

The use-case I am interested in is one that allows passengers to travel without paying upfront and be charged afterward based on the journey that they took. Somehow, which journeys the passenger has taken need to be tracked in order that either they can be allowed to travel because they have already paid, or more likely these days with the demise of season tickets (and assuming carnets continue not to take off), charged after the travel in a modern Pay As You Go (PAYG) manner. What technologies are going to help?

Our work with Transport for London on the use of contactless bank cards for convenient public transport payments is well known. Even before the pandemic, the contactless uptake facts and figures published by TfL in January 2020 at Transport Ticketing Global were better than anyone expected when we started the work back in 2008:

TfL recently released graphs of their actual PAYG journeys using Oyster and contactless bank cards across the recent months (see below). The apparent period of zero bus journeys was when TfL temporarily stopped taking payments so that the journeys were not recorded. The split between Oyster and contactless bank cards is not available. In the future, it will be interesting to see whether the pandemic speeds up the switch to PAYG and also whether Oyster users migrate to bank cards.

Public transport operators have been making great efforts to make public transport safe during the pandemic. TfL recently launched a new app that makes it easier for passengers to plan their travel and avoid routes where they might come close to large numbers of people. There are claims that the rate of uptake of contactless by passengers has increased significantly since the pandemic and the demand for contact-free transactions on public transport. Visa recently offered a graph relating to global public transport contactless transactions. However, it is not clear what the actual contactless usage is since they are hidden behind month-on-month percentage increases which look enormous when the previous months had fallen off the proverbial cliff.

These key technology innovations are capable of delivering immediate impacts to public transit agencies responding to COVID-19. However, a long-term vision for the recovery of the transportation industry must consider the entire transport network holistically, including both public and private transportation modes. Mobility-as-a-Service (MaaS) is required to break out of transportation silos and deliver the safest and most effective transportation solutions.

King Harald Bluetooth to the rescue?

For an ultimately contact-free experience, Be-In Be-Out (BIBO), where the passenger presence on a mode of transport is detected without their having to tap in and out, seems highly desirable. Until, that is, you start to look for technologies that can deliver it. We have conducted surveys of BIBO in the past for clients and there was a trial on buses when we were working at Transport for the North. Yet still in 2020 BIBO is not a success story outside of the lab.

Various technologies have been trialled for delivering BIBO, some with beacons mounted at strategic points on buses and trains as well as at stops and stations. The passengers must carry some kind of transponder that can be detected by the beacons as they pass through the transport network. The latest hope for BIBO is Bluetooth Low Energy (BLE) named by Ericsson after a Danish king with a dead ‘blue’ tooth. BLE is inside every modern smartphone and can be left activated without significant battery drain.

However, BLE has been around 2011/12 in smart phones and still no BIBO success. There are all sorts of known issues with implementing BIBO. Say, on a bus:

This same technology was proposed for COVID-19 ‘track and trace’ apps. For similar reasons to BIBO lack of success, it seemed obvious that they would not be able to operate accurately enough to be useful. Furthermore, if launched, they would potentially cause more trouble than they are worth by triggering false alarms and telling innocents to go into periods of self-isolation for fear of transmitting a virus they don’t have to others. Although, companies are still working on it and some claim to have a solution by combining BLE with inaudible ultra-high frequency sounds and Iceland has trialled the use of GPS for tracking.

The radio again – I hear that the Transport Minister for England had just reported that there have been fewer than 400 fines for people failed to wear face covering on public transport. More than 115,000 travellers have been stopped and reminded that face coverings are mandatory, and 9,500 people prevented from travelling.

My first contact with the world of biometrics was when I worked with the Police of England and Wales to draw up their biometric identification roadmap back in 2004. In those days, the big three in terms of positive identification at population scale were fingerprint, face and iris. These were taken forward as candidates for the ICAO e-passport biometrics when we worked with the UK Passport Agency to help them choose which, if any, to use. We also worked with the UK Immigration and Nationality Directorate, helping them draw up their biometric strategy for border control, visas and asylum seekers, amongst other applications. We’ve written about Biometric travel before.

But not all biometrics are contact-free. One of the reasons some cultures do not like the use of fingerprint biometrics is that they must touch a surface (e.g. at an ATM) previously touched by many others. This is relevant for everyone now during the current pandemic. The transit industry has had a vision for some years that passengers will be recognised as they approach a gate and the gate will open (or not) if the passenger is considered good for the payment of the ensuing journey cost.

I recently replaced my fingerprint-driven iPhone 6 with an iPhone XR which does not have a fingerprint reader but uses face recognition instead. It is some time since I had played with face recognition which is common now at UK airports. At first my new phone did not like my morning face and insisted that I enter the PIN, but it also cleverly trains itself each time it is used and now I can open my phone without PIN before breakfast. Most of us seem happy to use facial recognition technology nominally under our control, e.g. Apple Face ID, but clearly, there are privacy implications.

Then I took my new phone to the shops – facial is not the ideal biometric during the compulsory mask-wearing season. And this has been the finding on public transport too, where passengers are having to remove their masks in order to get their phones, many of which no longer have fingerprint readers, to pay. Obviously, fallback to PIN is possible, but neither fast nor convenient.

One of the biometrics we looked at for the Police was body odour. The logic was, dogs use it to identify suspects from a sniff of their socks, why cannot chips of the future do the same? Watch this space, you heard it here first.

So, assuming that we can be sure the owner is the user, mobiles appear to be the best tech we currently have for contact-free transactions. These might include:

And a big part of this is support of digital wallets by mobile devices, which were considered in of one of our recent webinars on contact-free payments. The idea is that contactless payment cards are so well standardised that wallet slots are available in all smart phones allowing the card details to be uploaded and the NFC interface to be used to make payments.

We have innovated for clients in this area, for example, making clever re-use of the contactless bank card wallet slot to represent tickets for travel and events, or even to represent pandemic immunity passports to allow people to return to work more safely.

There are many technological options and even more considerations, but we thrive on the challenge of finding smart, innovative solutions to clients’ requirements. If you would like to discuss what this means for you, give us a call. 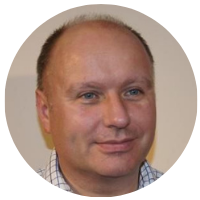